During the winter of , I took a twentieth-century American history survey that met in Fisk Hall. We did not have a textbook. We read novels as if they were portals into lives and places from other eras. His experience of racism is told with excruciating urgency. He dreams vividly of violence against his oppressors and of violence against him. Bob reads Tolstoy and memorizes passages by Patrick Henry. There is a word. Our discussion section met in Fisk Hall. One was the urban spaces in Los Angeles during the war. Out among the dockyards, or on a dinner date with companions, Bob is ensnared in a gyre of intertwined visions: he is the object of furtive, surreptitious glances while watching the world through a fearful lens.

By the time I graduated high school and enrolled at Northwestern, I had been speaking English for less than ten years. My memories of the building and the room where this discussion took place are out-of-focus.

Yet I am moored in time and space to a mast of details. The moldings and trim were, I think, mauve. There were overhead fluorescent lights that gave the winter sun entering through the large windows a pale, purplish hue. The blackboard contained scribblings and erased tracings from previous classes. I also took my first architectural history class in a large auditorium inside Fisk Hall.

The Portfolio and the Diagram | Discourse | Profession

I would sit in the back and listen to the percussive clacking made as teaching assistants switched out carousels filled with lantern and photo slides. Two were shown at a time. A Romanesque building appeared next to a basilica. Mycenae, Leptis Magna, Poissy, Brno: names of architectural sites were announced in stuttering polyrhythms.

As the professor discussed one image, another was being changed out, slowly, clumsily.

Sometimes there were no images. The screen was totally white. The professor lectured as if the images of buildings were still there.

It all took the aspect of a movie decomposing in slow motion, its sequence of images becoming harder to connect, this guided tour of the history of architecture broken apart frame by frame until time seemed suspended, dislocated and unbelonging, lingering in the dust-moted beam of flaxen light emanating from the projector, expanding over our heads into the stale air. Late at night, I caught up on books people smarter than me had read. I asked my parents if I could join, wanting to be part of this ritual. Before I stepped inside the bus, I was a withdrawn eighteen-year old kid with a suitcase who played bass guitar and liked airplanes.

I was young, terrified, and excited to leave a world where my identity could be measured out on application forms with boxes corresponding to racial and ethnic categories, sex, zip codes, test scores, grades. When I entered the bus, everything was zeroed out, made into a null set because everyone else there was like me: young, leaving home, about to embark into some vague realm where your sole job was to learn as much as possible and grow up as quickly as possible.

A university, at least in my understanding, was a community, a space of reinvention and belonging.

What Architects can do with an iPad 04

I would not have known it at the time, but over the next four years my heart would break at the realization that those things from my past that seemed unimportant would only be magnified once I entered that bus and began life as a college student. All I know is that I too walked the campus secretly, furtively , afraid to be noticed, fearing that I would be outed as a person that did not belong in this microcosm of privilege, wealth, and uniformity. Eighteen years later, in , I was back in school, working towards my PhD in architectural history at Princeton.

My coursework was done, and I had already defended my dissertation proposal. I was working on the second chapter. I remember this time as one of my happiest, for everything about my school, my program, and my colleagues seemed in concert with my own romantic idea of the academic life. I lived, was paid to think, and even better, to write.

I translated obscure German and French texts at night and wrote about them the following morning. I loved what I was doing, so much so that those college days seemed disconnected from my current space, far from the rhythms of reading, writing, and editing that defined these days. Yet I remembered moments, things said many years ago that put me on edge.

After a late-night swim in Lake Michigan on a warm night in July, I was told that I was hard to see in the dark water because I was so brown. I did not let these moments define me.

Me and my pencil: an itinerant architect's journal of the 20th century;

However, they came back to visit me. One night during the fall of my first year of doctoral coursework, I was pulled over while driving to a party. When I saw the telltale red and blue spinning lights approaching from faraway, growing larger in my rearview mirror, my mind became an uncontrollable, broken circuit. I could not remember whether I had an updated version of my proof of car insurance. I only had a copy of my car title and not the actual document. My car was weathered, bruised, and dinged, with rusty streaks and cracked side mirrors. The police officer told me that the brake light was out.

I doubted it, but I was in no position to say so.

Most Read in Life & Style

I was let go with a warning. Another night, I was pulled over just in front of the graduate student apartment complex where I lived. A police officer shined a maglite into my car and asked to see my identification. He asked if I spoke English. Another warning.

It happened again on the same street, and this time the police officer said that I was weaving from lane to lane. Yet another warning. There are ways to parse what was taking place. There are essays, volumes, words, all part of a vast body of literature that gives a form to the dimensions of power that were ostensibly bearing on me, in those spaces, on those nights.


There are authors whose names form constellations of critical and theoretical discourses that guide us and alleviate our sense of dread as we move on with our lives by dead reckoning. There are authors whose names populate graduate architecture school syllabuses as if they too where unmoored, itinerant bodies moving through space and time. There is a description in the novel of rowdy Princeton undergraduates hightailing it down Witherspoon Street, ripping off porches from houses belonging to African-American families, fuel for a bonfire celebrating a football victory over rival Yale.

It happened again on a hot and humid June evening a couple of years later. I was pulled over on the same road in front of the same graduate student complex. Two police officers approached and asked to see my license. One took it back to the cruiser. 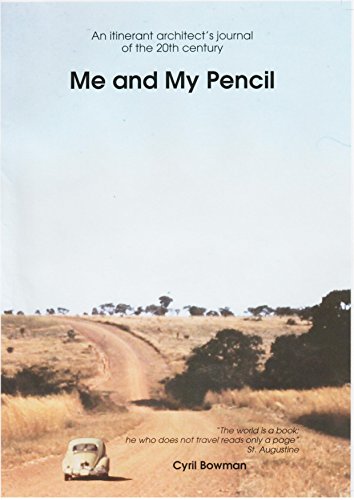 The other looked at me. I was subjected to a variety of sobriety tests. I was told to walk a straight line to and from a point along the road, to squat on one leg while extending the other.